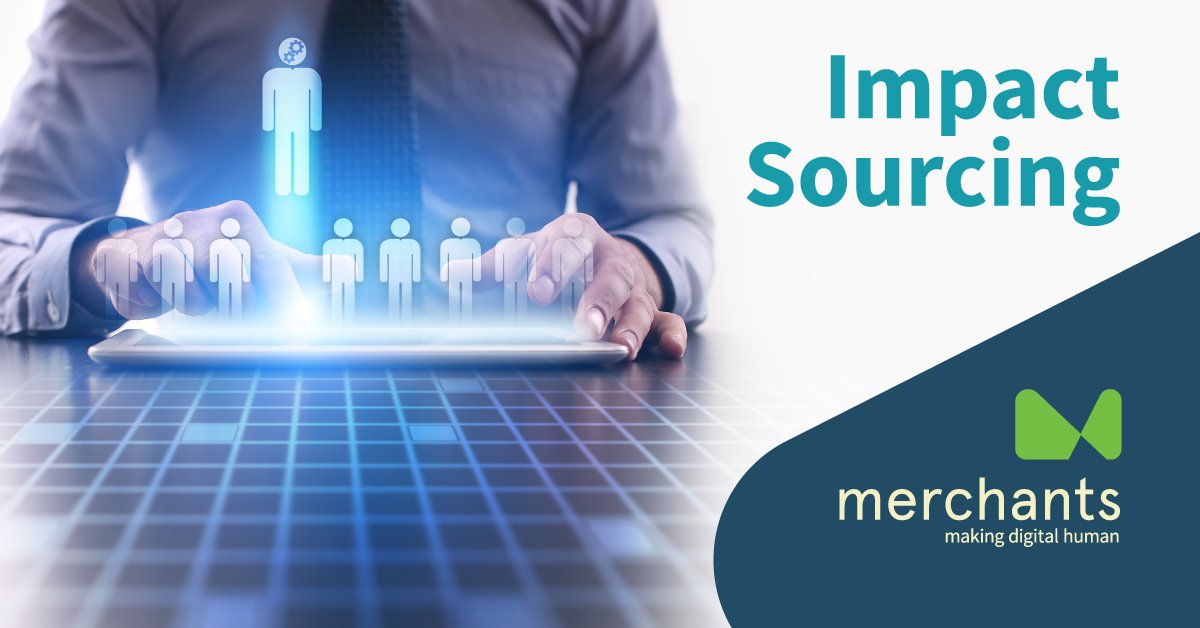 In 2019, customer experience partner and BPO service provider, Merchants, became the first company in the Southern Hemisphere to be accredited with the Impact Sourcing Standard by the Global Impact Sourcing Coalition – with impact workers making up 30% of all placements within the business. By the end of 2020, the business had increased this number to 70% – significantly outperforming their target of 40%.

Impact sourcing is defined as ‘employing socioeconomically disadvantaged individuals as principal workers in BPO centres to provide high-quality, information-based services to domestic and international clients’. Impact workers can be defined as people hired into an organization who were previously long-term unemployed or living under the national poverty line. This is an important achievement for Merchants, as South Africa’s unemployment reached a record 32.5% in the fourth quarter of 2020, with 63.2% of those aged between 15 and 24 being unemployed.

“If we employ a young person for a period of 12 months, they are likely to remain employed for the rest of their lives. Our investment and commitment to creating opportunities for impact workers not only provides support for the employed person, but for their families and communities at large – as many South Africans are sole providers for their families,” explains Mathew Conn, Chief Revenue Officer, Merchants.

Conn explains that the South African labour market is rich in entry-level talent, but somewhat limited when it comes to those with experience. Despite this, the vast majority of prospective hiring managers impose two prerequisites for job seekers, before even considering them as potential candidates: level of education and experience linked to the role.

“This means that before the selection process has begun, the majority of potential talent within the market has been ruled out,” he says. “By our calculations, if we continued on this trajectory using traditional forms of recruitment – such as placing a job ad and matching job requirements to candidates – only 20% of unemployed youth would find us and an even smaller percentage would be accepted into the formal job market.”

To support the organisation’s impact sourcing initiatives and face this talent challenge head-on, Merchants acquired the digital recruitment platform, MyCalling, in 2018. The technology that drives MyCalling is a web-based profiling tool that provides Merchants with an indicator of an individual’s propensity to succeed in a specific environment, based on the ability to compare the candidate’s skills baseline with the baseline that Merchants has created for a specific environment or client.

“This means that instead of matching a candidate’s CV to a job role or profile, we are changing the nature of the discussion. Now, rather than asking for years of experience, we want to know the required behaviours to drive success in that environment,” explains Conn.

Candidates undergo an assessment which digitises the CV process, cognitive assessment as well as the first interview. For unemployed youth, without the necessary skill and qualifications, it removes the barriers of entry and changes the recruitment criteria.

In order to establish the true value of the platform, Merchants conducted a control group analysis, comparing MyCalling candidate sourcing with traditional recruitment processes. More than 6 000 candidates were placed over 24 months, with the following results: 74% of these candidates were under the age of 35; 50% were students or unemployed before being placed through MyCalling; 98% of all candidates contributed to B-BBEE; 15% had no previous work experience; and an 11% reduction in attrition was realised.

To further combat the skills and experience gap, Conn explains that Merchants invests heavily in the upskilling and development of staff members, in order to develop their capabilities. “This, in turn, improves our capability to deliver for our clients. I believe staff members are inclined to treat customers the way they are treated by their employers. We believe that employees who feel valued will put their customers first.”

The United Nations projects that, by 2030, 40% of global youth will reside in Africa. The continent is currently home to 420 million people aged between 15 and 35; a number that is expected to grow to 820 million by 2050.

“As a business that is built on the message that ‘People Matter’, Merchants remains committed to providing employment and skills development opportunities for South Africa’s youth. The COVID-19 pandemic and the resulting work-from-home efforts that we have put in place have allowed us to further open our talent pool to those with disabilities, those who are unable to travel and those who have caring duties at home, for example. We are proud of our efforts thus far and expect to see continued increases in the number of impact workers we employ, year-on-year,” concludes Conn.

Contact us today to find out how we can assist you.

Our Vision is to be the first truly digital outsourcer with global capability, providing multi-lingual, omni-channel customer experiences through the deployment of world class expertise and cutting edge technology.